WASTE was a peer-to-peer and friend-to-friend protocol and software application developed by Justin Frankel at Nullsoft in 2003 that features instant messaging, chat rooms, and file browsing/sharing capabilities. The name WASTE is a reference to Thomas Pynchon's novel The Crying of Lot 49. In the novel, W.A.S.T.E. is (among other things) an underground postal service.

In 2003, less than 24 hours after its release,[1] WASTE was removed from distribution by AOL, Nullsoft's parent company.[2] The original page was replaced with a statement claiming that the posting of the software was unauthorized and that no lawful rights to it were held by anyone who had downloaded it, in spite of the original claim that the software was released under the terms of the GNU General Public License.

Several developers have modified and upgraded the WASTE client and protocol. The SourceForge edition is considered by many to be the "official" development branch, but there are several forks. 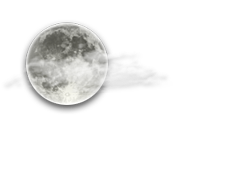